Howdy, cowboy! You won’t believe just how many reasons there are to saddle up and ride to Dallas, Texas (well, you might - the title probably gave it away), but stick with us: We’ve got a whole lot of love to give this Texan gem.

Perhaps a somewhat sad place to start, but here - where the assassination of John F. Kennedy took place in 1963 - is one of those places that indisputably changed the course of history forever.

Brace yourself for the emotions that will run through you as you look up at the sixth-floor window from which Lee Harvey Oswald fired the three shots that killed the President and the X marking the spot on the grassy knoll where the second bullet struck him down.

You can then spend some time in the Sixth Floor Museum - set up in the still-unchanged room where it happened - which thoroughly chronicles the life and death of JFK through some 90,000 artifacts, exhibits and photos.

You’ll soon see why it’s one of the most-visited historical landmarks in Texas.

The Dallas version of Seattle’s Space Needle, this iconic skyline feature - in situ since 1978 - is more than just something to look at; there’s also a hubbub of constant activity here, such as yoga, painting and a revolving restaurant and bar.

Simply hop in an elevator and travel 561 ft to the top of the GeO-Deck, where you’ll be met with an awe-inspiring 360-degree view of the city. You can even book a ‘Love is in the air’ proposal package to pop the question in your own private section, complete with bubbles. Read more: Thinking About Marriage? Here’s Our Proposal For The 23 Best Places To Ask!

Once a vital trading point for cowboys, the Wild West vibe of Fort Worth has been well-preserved. Reserve a Friday or Saturday of your trip to head to the Fort Worth Stockyards and watch cowboys and cowgirls partake in a traditional rodeo on the site of the world’s first indoor rodeo, as well as catching one of the twice-daily cattle drives through the district.

Looking for the perfect night-time activity afterward? The WinStar World Casino and Resort is a popular option, boasting over 600,000 square feet of gaming and an impressive selection of concerts. Well, would you expect anything less from the world’s largest casino?

How far is WinStar from Fort Worth? Just a 90-minute transfer, which you can book here.

And while we’re on the topic of cowboys, you can’t come to Dallas and not spend some time at the NFL stadium (also known as the AT&T Stadium). This domed beauty is so huge it could even fit the Statue of Liberty inside it - true story! Tour packages range but can include a chance to hang out on the field, take a self-guided walkabout and enjoy a VIP behind-the-scenes experience.

The largest arts district in the whole of America, this 118-acre cultural hub is brimming with museums, theaters, art galleries, boutique stores and restaurants over 20 blocks. There’s no better way to scale it than through a scavenger hunt, walking tour, segway or on the McKinney Avenue Trolley (completely free of charge!), which should help you decide just how you want to spend your time in this colorful neighborhood. But choose wisely, as you’ll be watched …

… by a giant blue eye! That’s right; this 30-ft fiberglass structure was initially made in 2007 for an art installation in Chicago before finding a new home here! How’s that for eye-catching?

The great thing about the Bishop Arts District is that it also offers plenty of after-hours options, such as bars, clubs and live music venues, meaning you can spend all day here (and all night, too!).

Klyde Warren Park. Sitting atop the freeway, this long, narrow, innovative urban park has become one of the city’s most popular spots since opening in 2012, joining Uptown and Downtown Dallas together. Features include a butterfly and botanical garden, playground, splash pad, reading room, restaurant, food trucks, concert pavilion and outdoor games area.

Fair Park. Serving as a fairground until 1886, this 277-acre outdoor complex was transformed into an Art Deco wonder to lift spirits during the Great Depression when Dallas hosted the Texas Centennial Exposition.

Old City Park. Plotted in the 1870s, the first public park in Dallas continues to wow all who come here. But it wasn’t all smooth sailing - it was at risk of being redeveloped until the 1960s, when it was chosen to become the site for 21 historic buildings (including houses, schools, hotels and a church) dating between 1840 and 1910.

Today, it is known as the Dallas Heritage Village, serving as an outdoor museum complete with period-specific architecture, furniture and role-playing actors, which helps bring the village to life.

Cedar Hill State Park. This sacred spot of old farmland gives you access to original farm buildings from the 19th century, while the Joe Pool Lake is another major draw - especially on a hot Texan day! These 1,800+ acres - offering fishing, boating, birdwatching, biking and hiking - deliver a much-needed slice of nature for any outdoorsy lover.

White Rock Lake Park. This 1,015-acre reservoir offers a serene slice of tranquility where you can sail, kayak, paddleboard, fish, cycle, walk, rollerblade, bird-watch or just pick a spot to watch the turtles sunbathing on the rocks before settling down for a picnic. God bless Mother Nature! Join the 1 million + people who come here each year and fall in love with it yourself.

Read more about the biggest city parks in the US

John F. Kennedy Memorial Plaza. Inaugurated in 1970, this minimalistic monument was designed by a friend of the Kennedy family and approved by Jacqueline Kennedy. The square, roofless room is said to represent the ‘freedom of John F. Kennedy’s spirit,’ as well as the emptiness left behind by his death, while the granite square inside is painted gold and carved with his name. Book a JFK assasination tour

Pioneer Plaza. Three cowboys on horses and 49 longhorn steers - all made from bronze - pay homage to the pioneers who set up the cattle industry in the midwest and - with it - the beginnings of Dallas. As one of the world’s largest bronze monuments, it’s worth checking out!

Founders’ Plaza. A map of Dallas County from the 1800s, a fountain and a small wooden cabin make up this unassuming plaza.

Thanksgiving Square. Standing here since 1964, locals gather here regularly to show gratitude for the beauty of the landmark.

Ronald Kirk Bridge. This 642-meter-long pathway reopened in 2014 with added features, such as a playground, splash park and human-sized chess boards! Come here for picture-perfect views of the Dallas skyline, no matter what level of photographer you are - professional or gen-Insta.

Margaret Hunt Hill Bridge. A dramatically striking contribution to the city skyline, this was opened in 2012 and named for the oil heiress and philanthropist. Come at night to see it lit up in all its glory for one of the best free things to do in Dallas.

Also known as the entertainment district, this vibrant, edgy area is brimming with great food, cool bars and live music venues, once played by Radiohead, Nirvana and Pearl Jam! Come a little earlier to check out the crowd-favorite street murals and quirky art galleries. Definitely one of the most insta-worthy spots in the whole of Dallas.

Offering a range of interactive exhibits, including the flagship 360-degree shark tunnel, SeaLife promises a magical experience for all ages that you’ll share with the 5,000+ sea creatures that call this place home.

Wine tasting. Texas has made it onto the world leaderboard when it comes to wine, so it shouldn’t be surprising to learn that Dallas offers a generous selection of wineries to choose from if you want to make like Ke$ha and get a little bit tipsy! So sit back, take a sip and soak up the sunshine.

Ghost. There’s a dark side to Dallas that you can get intimate with on a moonlit walking tour, passing a hand-picked selection of the city’s creepiest buildings while hearing some seriously spooky tales.

TV. Want to see the gun used to shoot J.R? (Are we showing our age here or …?). Ahem, anyway, if you want to see all the best bits from the famous show, there’s no better place to do it than Southfork Ranch, where the Ewing Mansion was made famous on not one but two different Dallas TV shows. Join one of the Southfork Ranch tours here

Trinity Groves. A 15-acre shopping and entertainment complex with cutting-edge dining establishments is always a good idea - especially when you consider the Texan weather!

NorthPark Center. Not only is this one of the biggest malls in the country, but it also rests on the accolade as one of the top upscale shopping destinations in the southwest. With 230+ stores that include high-end names such as Gucci, Bulgari, Cartier and Versace and high-street brands such as H&M, Gap, Macy’s and Nordstrom, there’s something for everyone here.

Highland Park Village. Opening in 1931, this shopping plaza took inspiration from Spanish, Californian and Mexican towns to become the high-end offering it is today. It boasts names such as Chanel, Ralph Lauren, Cartier and Dior among its stores, as well as art galleries, department stores, boutiques and a range of dining establishments. A shopper’s paradise.

In office for some of America’s most critical events since World War II, you can get a sense of what it must have been like to be the 43rd President of the United States here. Features include a detailed replica of the Oval Office, material recovered from Ground Zero, his diary entry on 9/11, the interactive Decisions Point Theater that puts you in the hot seat with Katrina and various gifts received by foreign politicians, among some 43,000 artifacts. A true history buff’s dream.

This vast public market might have been trading since 1941, but it’s certainly come a long way from its horse and wagon wholesale business!

Today, it fulfills the vital relationship between Texans and their food, selling an artisanal mix of fresh produce, meat, seafood, baked goods and snacks, as well as flowers, homeware and handmade gifts. The Shed - an open-air pavilion - draws local vendors to sell fruits, vegetables, honey, eggs, meat and cheeses, while the indoor food hall boasts more than 20 restaurants and shops. So come hungry!

This 3.5-mile, mostly-shaded urban path, linking the city’s business district with the residential neighborhood, is a popular stretch for locals and tourists looking for a breath of fresh air. You can traverse it by foot, bike or blades - whatever takes your fancy, really!

But, of course - Dallas was home to this infamous pair, and you can retrace their steps by visiting Clyde’s family home and their now disused gas station, the place that they met and their final resting places (in separate gravesites, as per Bonnie’s mother request.). 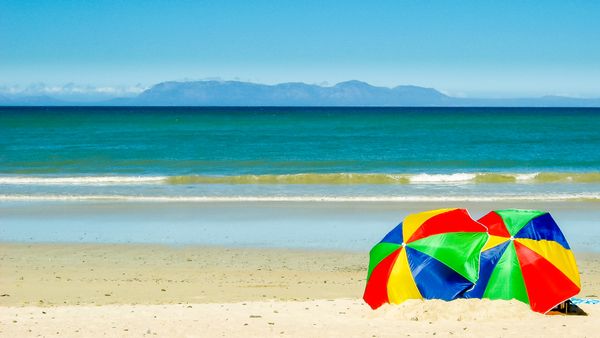 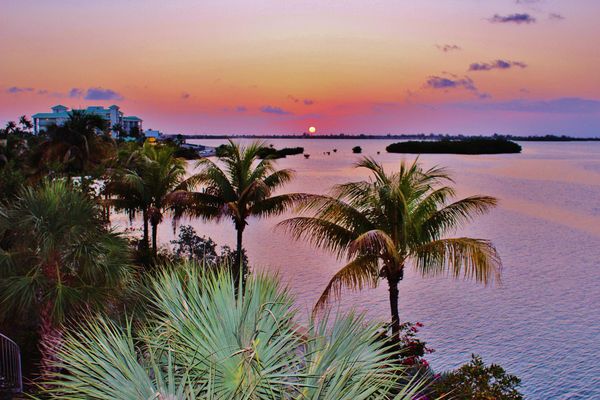